I went into Afghanistan for Der Spiegel Magazine to cover what became known as the Siege of Kabul, a series of battles between warlords for control of the city that ended only when the Taliban finally took control in 1996. This Image is of two mujahideen fighters who were guarding positions in the Darul Aman Palace.

The situation in Kabul was receiving very little mainstream coverage but was incredibly fluid and dangerous. Territory (and sides) changed often and random, inaccurate shelling from forces outside the city made information on the ground and movement difficult.

I have of course returned to Afghanistan over the years since this image was made but it remains for me an aide-mémoire to an uncertain period before the rise of the Taliban, the so-called 'war on terror' and my own early work in black and white. 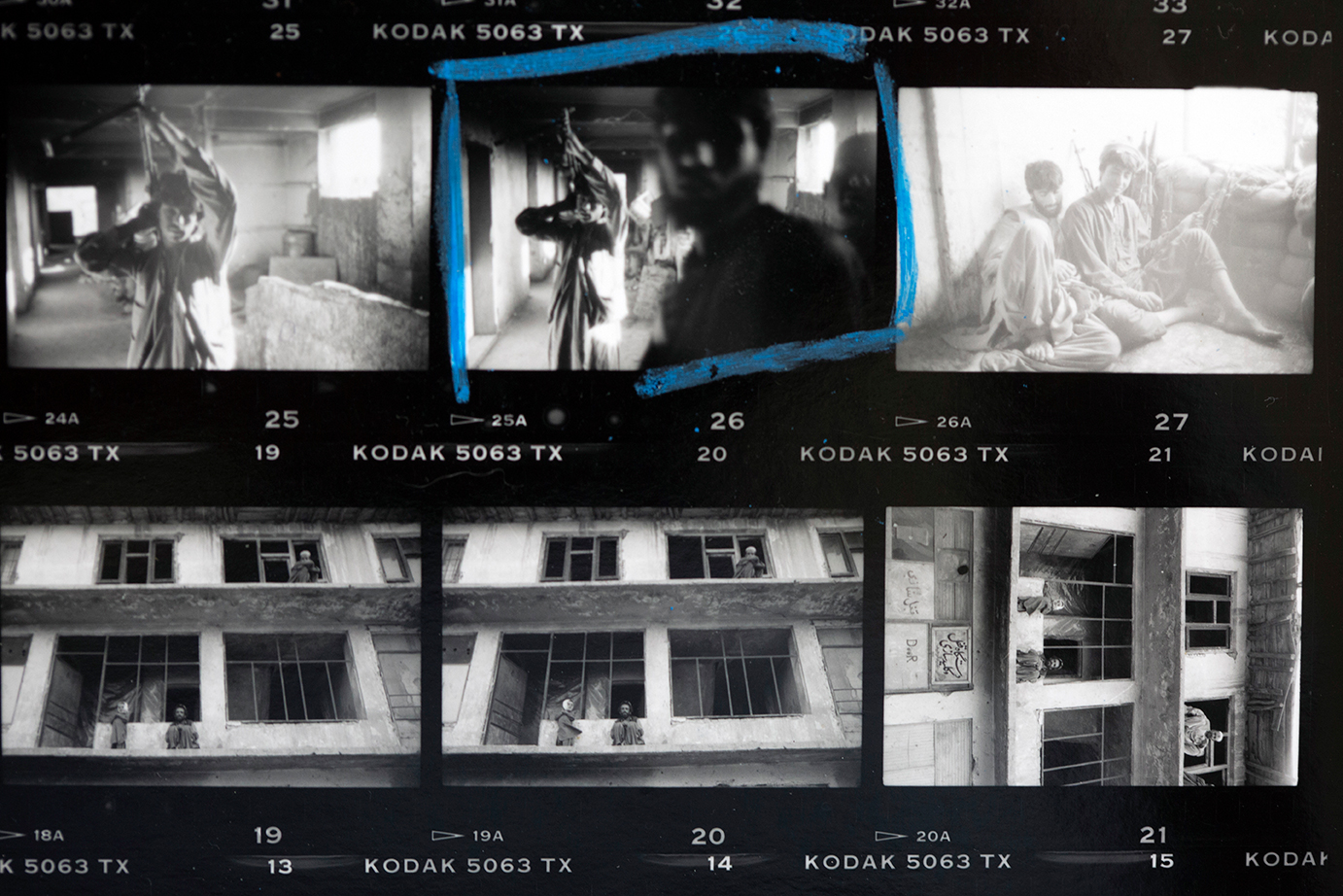 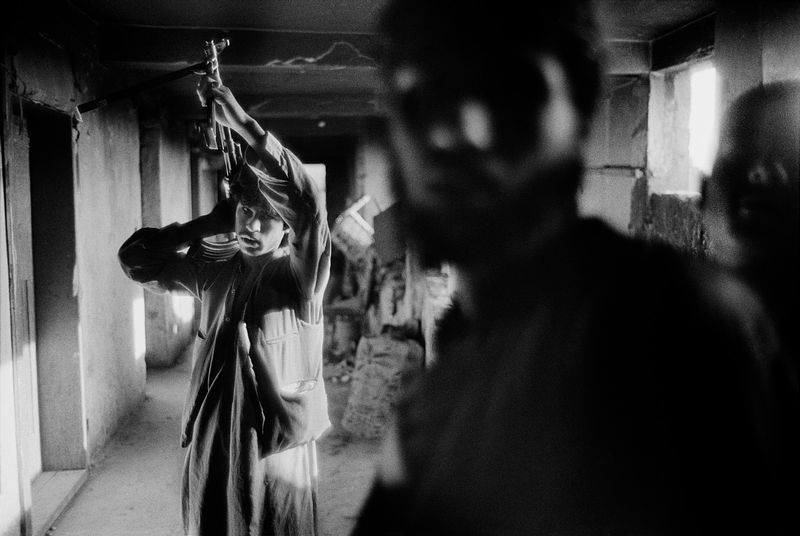