The Gardens of Delhi | Delhi is rarely thought of as a city of great natural beauty. It is a city of immigrants, change and not at all associated with quiet and green space. Unless you know where to look.

Actually this and all the previous cities of Delhi have had extraordinary links with gardens and relationships with nature endure in some of the most surprising places. I see gardens not just in the manicured lawns of Rashtrapati Bhawan but also in the slums of the poor, in the garlands at the shrines of the gods and in the flowers in women's hair.

These gardens are a pause in the city allowing a dialogue between what Delhi was, what it is and its ever changing people. Every migrant that comes shoe-less to Nizamuddin station from Bihar to build the new 'Shining India' brings with him the memory of the quiet of the fields of his village. His garland offering at a shrine is his planted garden in affluent South Delhi and those memories build what Delhi is becoming as a city.

The classic Hindu texts have passages that describe and recommend gardens and their layout. Islam has always had a fascination with the garden and Delhi, always a Muslim city at heart, has many fine examples of Mughal gardens. New Delhi, an imperial British creation, had at its inception wide open boulevards surrounded by gardens and canals paying homage to colonial control by dominating the public space. All now thoroughly Indian-ised, chaotic but still functional.

Plants and trees are cultivated in the most bizarre places: at the edge of motorways and between illegally built structures, people tend to gardens of all descriptions. Even in the grimmest colony, it is not unusual for people to grow flowers or medicinal plants.

The New Delhi Municipal Council maintains 1107 acres of greenery. In a conservative city that has little privacy, parks are quiet corners where lovers can meet. 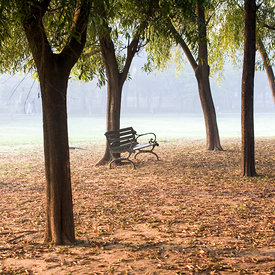 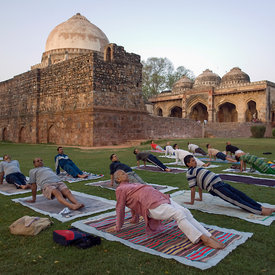 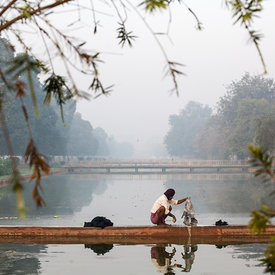 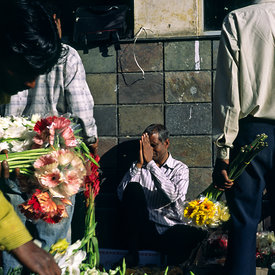 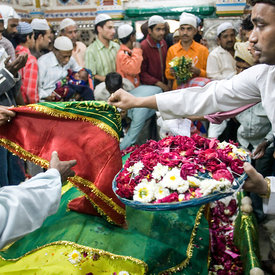 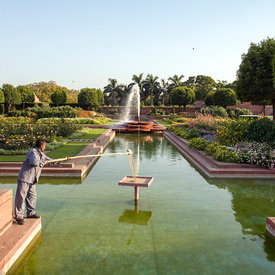 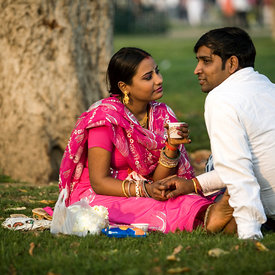 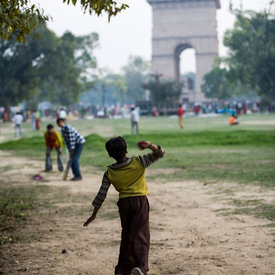 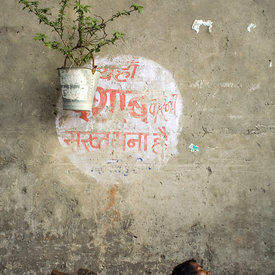 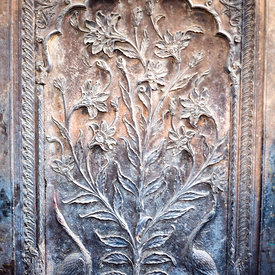 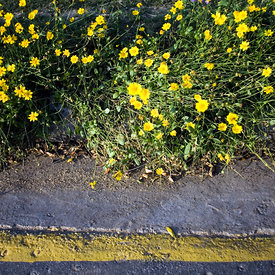 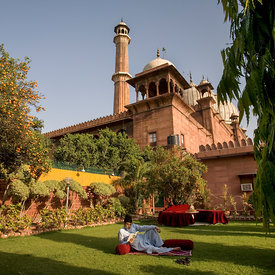 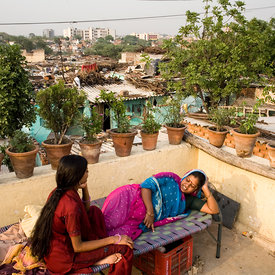 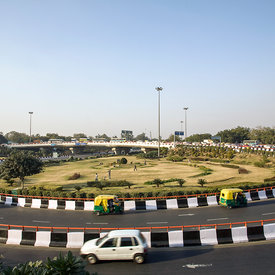 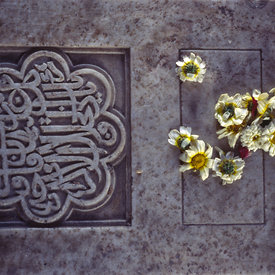 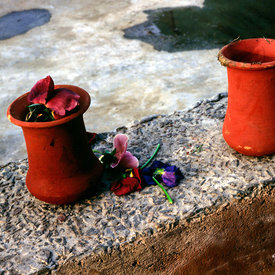 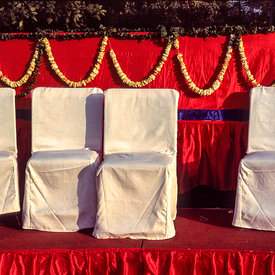 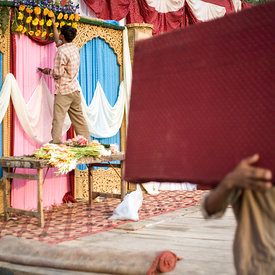 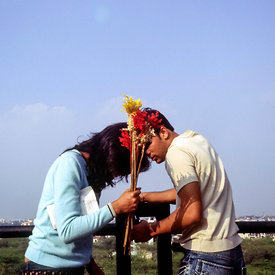 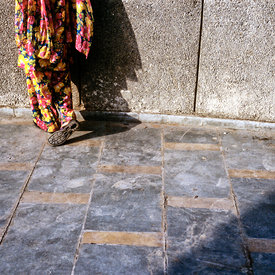 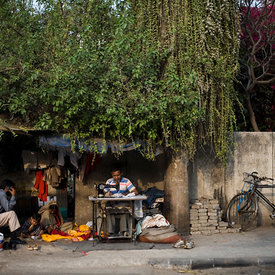 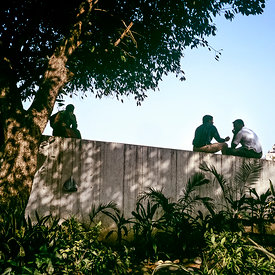 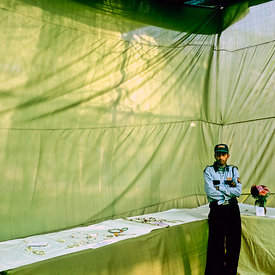 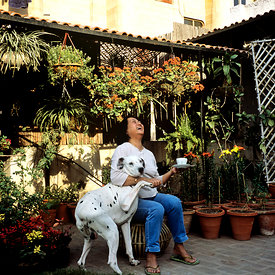 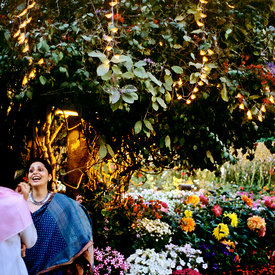