The Englishman and the Eel

‘The Englishman and the Eel’ is a journey into that most London of institutions, the Eel, Pie and Mash shop.
Today, these simple spaces hold within them the memories of a rich, largely undocumented cultural heritage of generations of working-class Londoners in a city whose only constant is change.
Stuart Freedman grew up in East London in the 1970s, then a byword for poverty now a metaphor for gentrification. The streets were navigated by pubs, rough, cheap cafés and Eel, Pie and Mash shops. Often elaborately decorated with ornate Victorian tiling, many sold live eels in metal trays that faced out onto the street to the fascination (and sometimes horror) of passersby. Inside, warmth and comfort. Steam. Tea. Laughter. Families.
Now few in number, the shops are havens for what the East End once was – but this is no rosy description of the Cockney – that music hall, heart-of-gold caricature but an affectionate and serious look at what that culture and its people have evolved into. The Englishman and the Eel is not an encyclopaedic record of every shop. Rather, a document of the most interesting and significant ones to make a book that is a tribute to a timeless institution. For Stuart Freedman the eel and its decline is a metaphor of the cultural change that has enveloped the East End. What remains is a tenacious and rare creature – endangered – but still surviving. 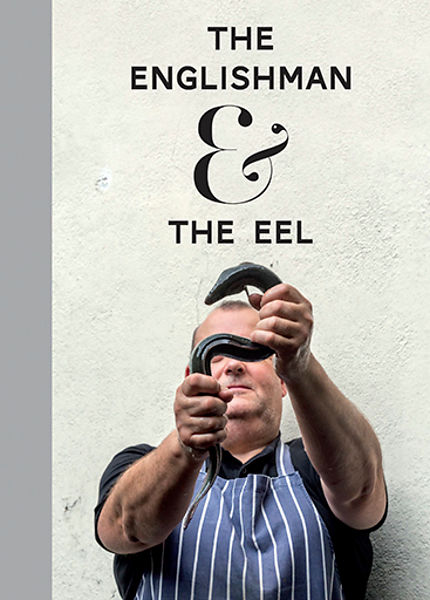 The Palaces of Memory

‘The Palaces of Memory’ is a journey into India through the Indian Coffee Houses, a national network of worker-owned cafés which can be found in cities throughout the sub-continent. The Coffee Houses simultaneously speak of a Post-Independence optimism and a now-faded grandeur. Buried deep within the country's collective memory they have for decades acted simultaneously as political and artistic salons as well as simple eating places. Stuart Freedman has visited more than thirty of the most significant and beautiful Coffee Houses throughout India. Away from the stereotypes of poverty and exotica they have allowed him to enter an ordinary India, a familiar but distant echo of the long disappeared greasy-spoon cafés of the London of his own youth. In that sense, the Coffee Houses have become a familiar sanctuary for him during his time in India. 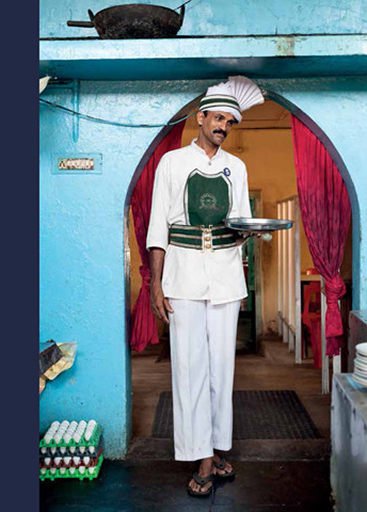 Shot in the wake of the 2006 'July War' fought between Hezbollah and Israel, the book is a reportage on the work of the international and local mine clearance experts under the aegis of Handicap International.

You can still see the marks made by the shrapnel on the ceiling of Rusha Zayoun’s family living room and try not to look at what’s left of her leg when she wheels herself into the room. A shy 17 year old, who smiles awkwardly when you make eye contact, she knows that her future is bleak. She will find it hard to marry and escape the house where her father, Ali, brought home the cluster munition. The truth is that the South of Lebanon is littered with unexploded ordnance. The rights and wrongs of the conflict and the way in which it was fought is of little matter to the civilian population. Long after ‘peace’ has come, the legacy of all the ‘dangerous souvenirs’ can be found in the orange groves or, delicately nesting unseen in tree branches. To walk through a ‘cleared’ site in the company of men like Zac Johnson or Karl Greenwood is to taste the unpredictability of the land. But you have to trust. These man have ‘walked’ the impact sites still live with weapons; touched the tree bark gouged by white-hot metal; calculated by years of experience the trajectories of the clusters’ paths. But it’s still a walk with apprehension. Of course, you know that they will modestly dismiss their presence as ‘doing their job’ but there’s no disguising the pleasure of Lovejoy, the Zimbabwean Technical Advisor, at being greeted by a grateful wave by a farmer; of Ernst, the South African, being offered yet more coffee in the village. These men have made a real difference and the locals know it. The staff that they’ve trained have taken these skills and are clearing their own land. It’s hot and unpleasant work: fingertip searches with clumsy body armour and visors. Mahmoud Turkiye has worked here with HI from the very start clearing his country of munitions inch by inch. While his sisters and cousins sit outside their house in the sun, he stretches out on the sofa after another day searching. His mother, interrupting his reading as she touches his head, offers quietly, “… Of course, I am very proud of him…”

Out of print but contact Stuart Freedman for details 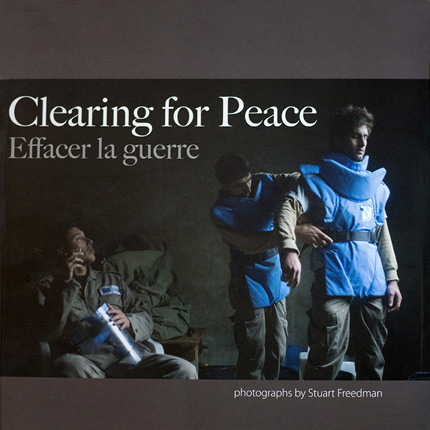